The Way of Pilgrimage 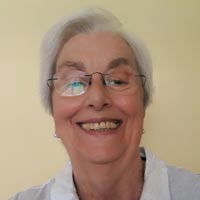 Freshly arrived home from my staycation in beautiful Northumberland I am able to bring you greetings from the Holy Island of Lindisfarne and from Saints Aiden and Cuthbert whose holiness still blesses that island. You will know that Lindisfarne lies about a mile off the Northumbrian coast, near Berwick upon Tweed, and is connected to the mainland by a causeway carrying a road which is only safe to use at low tide. Twice a day Lindisfarne is truly an island as the tide sweeps in and covers the road and the vast sandy mudflats.

On a breezy, sunny day last week, I was able, with my family, to drive on to Lindisfarne and spend the day there. When the time came to leave, my granddaughter and her mother decided to walk the old Pilgrim’s Path back to the mainland whilst we drove to the end of the causeway to pick them up. The Pilgrim’s Path arcs away from the tarmac road and is marked by tall poles across the mudflats. It is punctuated by two refuges, (wooden houses on stilts) in case a pilgrim was caught out as the tide swept in. Watching our dearly loved ones setting out across those vast wastes was a truly daunting moment even though we knew there was ample time for them to walk the distance – and as they dwindled away from us, until their figures were like two barely visible pinpricks in the landscape, we inwardly quailed.

Later they told us their story of the walk. They did indeed feel small in that setting but as they walked they became powerfully aware of the thousands of pilgrim feet that have walked that path before them through the centuries seeking holiness and healing. The “other- worldliness” of their experience was much increased by the strange whining of the wind across the mudflats like disembodied voices keeping them company. They told me that despite the potential danger of the path they felt safe and as if they were walking the correct way.

I have reflected much on that experience since then and thought about our trepidation as we watched them leave but also about their confidence and feeling of “rightness” as they trod the well-worn path. I almost feel I could write a book on my many reflections but there is not room here for that. Suffice to say for all those of us who are sending loved ones out into the world this Autumn – little ones to school, students to college and others to jobs which will take them far away, “Put your hand into the hand of God. That shall be to you better than light and safer than a known way.”