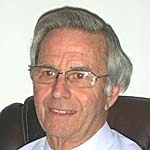 My working life started in the 1950s in a bank near, what 60 years later, would become the Olympic Stadium in East London.

They were the days before lady cashiers and only male entrants were expected to progress to management. We would arrive shortly before 9 am and having dealt with the immediate tasks strolled along to the Lyons Teashop for coffee before doors were opened at 10 o’clock. They were the days of banks with strange names like Glyn Mills & Co; Williams Deacon’s. National Provincial Bank hadn’t yet merged with the Westminster Bank and Barclays hadn’t swallowed Martins.

It was more than a decade before computers were introduced to handle the bookkeeping which until then was maintained on accounting machines inevitably operated by ladies. At the end of each day Cashiers would have to balance the cash in their tills against that recorded in their books whilst others would ensure that the total of cheques drawn on banks around the country, having been sorted into separate piles, would balance against one total. Leaving before any such agreement was virtually unthinkable.

Then there was the Bank’s team of Inspectors arriving unannounced. We knew they were going to come. That much was certain; but when? They would appear before 9 am or just as we closed and they would take over immediately checking that the amount of cash tallied with the Till Book. Over the next few days all the Branch’s systems were examined.

If only we knew when they would turn up we could have made sure that we were ready. But that was the point. We should have always been ready.

These thoughts came to mind as I read of Jesus’ disciples asking him when he would come again for his own. He replied that it was not for them to know but to read the signs and always be ready.

Is his church ready today? Am I ready?