When MPs set a good example 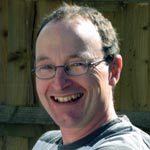 In the 1990s, I frequently listened to my disc jockey namesake on Radio 1. Amongst the music, Steve Wright had a character called Mr Angry who would phone in, get worked up about something and finally slam the phone down.

These days, it seems, there are lots of angry people. Is it because we have a heightened sense of injustice? Or is it because we can vent our spleen anonymously on social media? Or even because of poor role models on tv soaps, who only seem to know one way of resolving disputes?

Everyone has a theory. I suppose you could argue that it is better ‘out than in’ and, of course, there is an anger that is perfectly legitimate, a spring board for change. Unfortunately, and more commonly, it easily descends into hate and abuse, is destructive of relationships and can even lead to violence. As with so many things, it’s easier to diagnose than change and it can’t be said that Christians have always set a good example.

The famous reformer Martin Luther, for example, used words to criticise his opponents that would look out of place in a paper like this. I guess we have to be more alert to the way we speak and attempt to control our temper. And just maybe reflect on a model this at the heart of our national life.

The House of Commons can be a fractious place and, on occasion, rage is barely disguised. However, abusive language is not allowed and is regarded as unparliamentary. Anger has to be channelled in a constructive and controlled way using debate and discussion. In this traditional convention, perhaps there is a clue to how to find a kinder, more positive way of living out our lives.